Château l'Hospitalet is nestled in the heart of the protected massif of la Clape, an ancient link in the Pyrenees chain, a Phoenician and then Roman island, the cradle of the vine in France. As early as the 13th century, the Hospices de Narbonne moved to la Clape, linked to the continent by the alluvial deposits of the Aude since the end of the Middle Ages. Documents from 1561 attest to its mission of welcoming and sharing with pilgrims. This vocation of hospitality has inspired Gérard Bertrand who has made l'Hospitalet the beating heart of his action around the Mediterranean art of living since he acquired the property in 2002. Today, the Château has a hotel, a gourmet restaurant, a tasting and sales cellar, an Art Space and a rich offer of sensory tours around wine. Music was missing: in 2004, the château hosted the first "Jazz à l'Hospitalet" festival, which has now become an international reference. 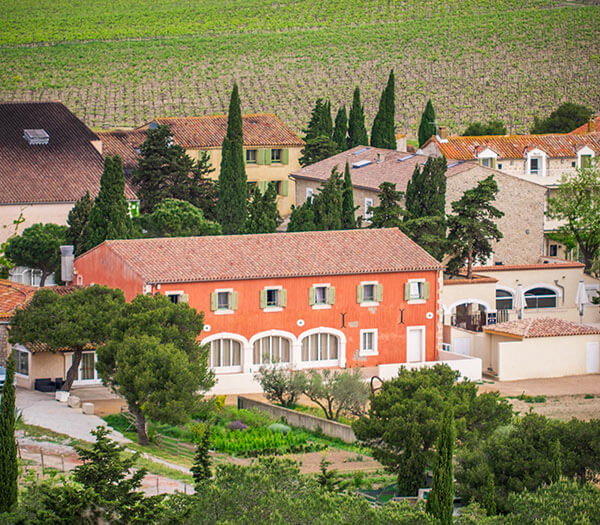 Overlooking the Mediterranean, in the heart of the protected massif of La Clape, this estate proudly bears the fabric of the wines of the South. Its vocation was born in the 13th century. The estate then became the home of the hospices of Narbonne. When Gérard Bertrand acquired the estate in 2002, he chose to make it a Mecca for the Mediterranean art of living by combining culture, gastronomy and art in all its forms. With its 3-star hotel, its restaurant, its tasting cellar and its numerous oenological activities, he revives the Hospitalet's motto "sine vino, vana hospitalitas" (without wine, hospitality is futile). Throughout the year, this art of living keeps pace with the estate's agenda. Especially in summer for the Jazz Festival. 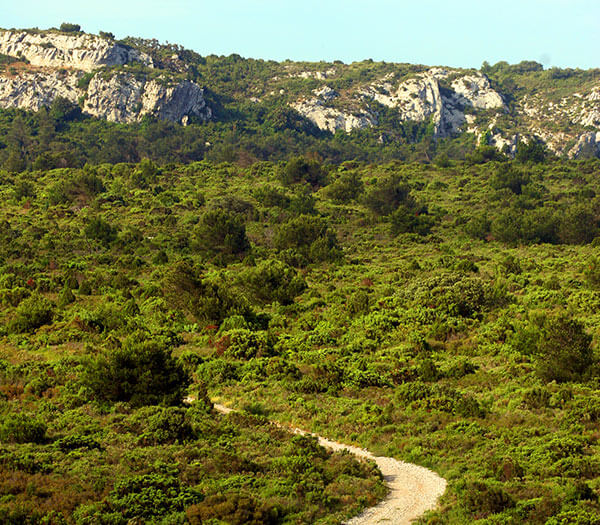 L'Hospitalet is the result of a pretty game of chance. La Clape Preserves from its past as an island, in Roman times, a flora and fauna that make up its heritage: it is classified as a nature reserve. Nestled in the heart of 1000 hectares of preserved garrigue, the terroir of l'Hospitalet is protected from the vagaries of time by a cliff. Truffle fields, mulberry and olive trees form tasty ramparts on the edge of the vineyards. Their aromas carried by the wind, which breaks across them, permeate the wines of the estate. L'Hospitalet also benefits from one of the sunniest climates in France, balanced by Mediterranean humidity. The soil plays on the duality between marls rich in mineral elements and dry, draining limestone. The latter, very white, reinforces the resonance of the sun on the vines. They give the wines a unique luminous balance, in addition to a freshness and salinity characteristic of limestone terroirs. Each vintage reinterprets in its own way the ingredients of this formidable terroir.

In red and white, the wines of l'Hospitalet offer their unique luminous balance, sublimated by biodynamic cultivation since 2013. The Mediterranean expresses itself in majesty, with la Clape a view of the rich fruit of the scrubland that surrounds its coomb. The sea and the limestone stone unite in the structure on the tension, carried by a salty freshness and a greedy salinity. The Grand Vin red is a blend of the best plots of Syrah, Mourvèdre and Grenache Noir. Each is vinified separately and the blend is made in February. The wine is then put in barrels for 12 months, then bottled on a fruit day of the lunar calendar, respecting the rhythms of biodynamics. The Grand Vin white is a blend of Bourboulenc, Grenache blanc and Viognier. Part of the wine is matured in barrels (70%) and the rest in vats to preserve its freshness. Château

n.m. (latin hospitalitas, -atis), a place that combines the art of living with the essence of southern wines. 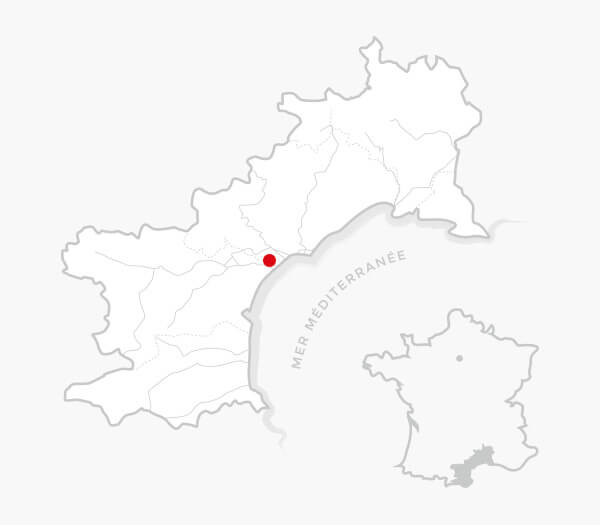